How can a mother just stand by when her daughter is being cozened into sin?

It’s 1360, eleven years since the Black Death devastated all of England, and six years since Emma Ward fled Meonbridge with her children, to find a more prosperous life in Winchester. Long satisfied that she’d made the right decision, Emma is now terrified that she was wrong. For she’s convinced her daughter Bea is in grave danger, being exploited by her scheming and immoral mistress.

Bea herself is confused: fearful and ashamed of her sudden descent into sin, but also thrilled by her wealthy and attentive client.

When Emma resolves to rescue Bea from ruin and tricks her into returning to Meonbridge, Bea doesn’t at first suspect her mother’s motives. She is happy to renew her former friendships but, yearning for her rich lover, Bea soon absconds back to the city. Yet, only months later, plague is stalking Winchester again and, in terror, Bea flees once more to Meonbridge.

But, this time, she finds herself unwelcome, and fear, hostility and hatred threaten…

Terror, betrayal and deceit, but also love and courage, in a time of continuing change and challenge – Children’s Fate, the fourth MEONBRIDGE CHRONICLE.

CAROLYN HUGHES was born in London, but has lived most of her life in Hampshire. After completing a degree in Classics and English, she started her working life as a computer programmer, in those days a very new profession. But it was when she discovered technical authoring that she knew she had found her vocation. She spent the next few decades writing and editing all sorts of material, some fascinating, some dull, for a wide variety of clients, including an international hotel group, medical instrument manufacturers and the government.

She has written creatively for most of her adult life, but it was not until her children grew up and flew the nest several years ago that writing historical fiction took centre stage in her life. She has a Master’s degree in Creative Writing from Portsmouth University and a PhD from the University of Southampton.

Children’s Fate is the fourth novel in the MEONBRIDGE CHRONICLES series. A fifth novel is under way.

You can connect with Carolyn through her website www.carolynhughesauthor.com and social media:

*Terms and Conditions –Worldwide entries welcome.  Please enter using the Rafflecopter box below.  The winner will be selected at random via Rafflecopter from all valid entries and will be notified by Twitter and/or email. If no response is received within 7 days then Rachel’s Random Resources reserves the right to select an alternative winner. Open to all entrants aged 18 or over.  Any personal data given as part of the competition entry is used for this purpose only and will not be shared with third parties, with the exception of the winners’ information. This will passed to the giveaway organiser and used only for fulfilment of the prize, after which time Rachel’s Random Resources will delete the data.  I am not responsible for despatch or delivery of the prize.

It’s March 1360, and the location is Winchester…

‘Beatrix!’ called Mistress Brouderer, standing at the entrance to the workshop. She gestured to her to put down her work and come up to the shop. It was almost time to stop their work, for the light was fading and it was becoming difficult to see their stitching.

Lucy looked up at Bea, her eyes wide.

Bea secured her needle in the cloth. ‘I wonder what she wants?’ Lucy bit her lip.

Bea hurried along the passage, thinking Mildryth might have told their mistress of Bea’s constant questioning about Alison. She was uneasy as she slid into the shop.

‘Ah, Beatrix,’ said her mistress, turning. ‘I want you to run an errand for me.’

‘Indeed.’ She picked up a linen-wrapped parcel of what Bea presumed were handkerchiefs, judging by the parcel’s size and shape. ‘I want you to take this to Master Marchaunt in Jury Street.’

Bea was a little startled. She thought customers usually collected their purchases from the shop, though sometimes the mistress paid a snotty street lad to take a package to their house. Occasionally, Mildryth, or even Mistress Brouderer herself, delivered the finished work, if it was valuable, like that embroidered cotehardie made especially for this very man. Mistress Brouderer had worked the coat entirely herself and even Bea could see it was very fine. Master Marchaunt must be rich, and probably very vain, to have commissioned such a handsome thing.

Her mistress tutted. ‘Why do you always have to question everything, Beatrix, instead of simply doing as you’re bid?’ Bea shrugged. ‘You should be pleased I’m trusting you to do this.’ Which Bea thought a bit strange, given she evidently trusted that snotty lad to do it. She just nodded.

Bea rolled her eyes. Jury Street was only a short walk away. ‘’Course I do.’

Mistress Brouderer pursed her lips and Bea knew she thought her wilful. None of the other girls talked back to her, not even Mildryth. Yet Bea never meant to be ill-mannered. ‘Am I to bring back payment?’

‘It’s not necessary to risk carrying coin through the streets. Master Marchaunt will pay me later.’

Bea took her cloak from the hooks beside the door. Mistress Brouderer peered outside: it was late afternoon, and already quite dark, with heavy cloud blotting out any last glimmer of winter sun. Bea wondered why she couldn’t have gone earlier, before the gloom of evening threatened. Yet it was typical of Mistress Brouderer to wait until the light had faded, so as not to waste good stitching time, as she always put it, and Bea decided not to argue any further.

She stepped out into the street. A chilly wind was getting up.

‘I’d pull your hood up tight about your ears if I were you,’ said Mistress Brouderer, handing Bea the parcel. She tucked it underneath her cloak then, turning left out of the door, hurried away towards the merchants’ district.

All the houses on Jury Street were high and wide, with large windows, a few of which were filled with glass. As far as she knew, only one building in Meonbridge had any glass-filled windows – the de Bohuns’ manor house. Many of the houses on this street had great signs hanging high up on the front wall: she’d already seen three barrels, and two sets of shears. Master Marchaunt’s house was not the only one to have what looked like an enormous woolsack dangling overhead.

The heavy wooden door was set back from the street, beneath the jutting overhang giving shelter to a large window, shuttered now against the evening. Bea stood before the door and looked about her.

‘When you reach the door,’ Mistress Brouderer had said, as Bea was leaving, ‘be sure no one sees you knocking.’

It seemed an odd command, but her mistress had insisted, though she didn’t explain why. Few people were still abroad, for business had ended for the day. But the street was not entirely empty, for two men were standing some distance away, deep in conversation. Should she wait until they’d gone? Yet wouldn’t hovering seem even more peculiar than knocking?

She rapped sharply upon the door.

As Bea waited for a servant to come, a sudden gust of wind whisked off her hood, catching at her hair and tousling it about her face. She was trying to tidy her hair when the door was opened.

‘Aha! The young embroideress, I presume?’ said a man’s voice.

She looked up, still trying to tuck loose strands of hair behind her ear. The man was smiling. His clothes were nothing like a servant’s, so was this Master Marchaunt himself? If so, he was younger than she’d expected.

‘My kerchiefs?’ he said, and she drew the parcel from her cloak and held it out to him.

He took it and grinned. ‘Has the wind snatched away your tongue?’ Bea giggled. ‘No, sir. Just messed up my hair.’

‘Come inside a moment to compose yourself.’

It scarcely seemed necessary to go indoors, when all she had to do was hand over the parcel. But she was curious to see inside this rich man’s house and, as Master Marchaunt stood aside to let her pass, she stepped over the threshold… 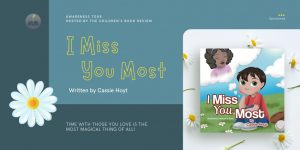