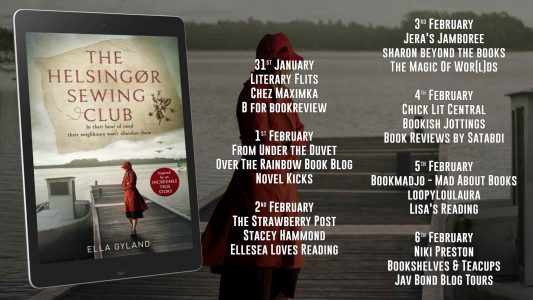 I write fiction. Which means I spend my days making stuff up 😊

But sometimes the story I’m writing means that I choose to or have to refer to real-life individuals, and even end up putting them in my book. This is particularly true for historical fiction.

Historical writers of all genres, as well as writers of literary fiction, put real people in their books. A couple of examples are C J Sansom, author of the Shardlake mysteries, and the historical novelist Jean Plaidy (also known as Philippa Carr). Whereas C J Sansom focuses mainly on his fictional characters, Henry VIII and a youthful Elizabeth I both play important roles, albeit in the background. Jean Plaidy, on the other hand, creates her stories around real-life historical figures, such as the Tudors, the Stuarts, the Plantagenets as well as Isabella of Spain.

As a writer you can’t change historical events (unless you write alternate history like Alison Morton), but you can inject your own interpretation of the characters’ thoughts, actions, and personalities. And the further back in history you go, the greater artistic license you’ll have.

Which brings me to The Helsingør Sewing Club. Because it takes place in 1943 during WW2, and because the title refers to a real-life resistance movement in Denmark, there’s still a slim chance there are living relatives who might not like the way I depict these people, or feel I’ve erroneously described their personalities. This means I have to stick very closely to what was known about them.

When I was doing my research, I learned that Erling Kiær was a bookbinder, a former lieutenant in the Danish cavalry, had studied farming, and spent five years in Argentina where his brother worked as a cattle farmer. Another figure, Børge Rønne, although a serious man was also very adventurous from an early age and decided to cycle all the way from Denmark to Gibraltar shortly after leaving school. The details of his journey later landed him a job as a journalist at a local newspaper.

But how could I possibly weave all this into my book without resorting to info-dumping or a potted history upsetting the flow of the story-telling…?

Here’s a scene from my main character Inger’s first day at work in the bookbindery:

A couple of photos hung on the wall in the space between the windows. One depicted a soldier in the cavalry, the other the same young man on a mottled grey horse.

The bookbinder nodded. ‘I was a lieutenant in the cavalry, and after that I spent five years in Argentina where my brother worked as a cattle farmer. That particular breed of horse is a criollo. Very common in Argentina.’

I felt a stab of envy. Never in my wildest dreams could I imagine having the courage to travel to the other end of the world, or even get on a horse. ‘Sounds like a very adventurous time.’

‘Indeed it was. Although I’m not as daring as some. Rønne, whom you met on the way in, once biked all the way to Gibraltar.’

‘That’s impressive.’ I recalled the serious man in the doorway, and the way he had walked past the German soldiers, and thought how appearances could be deceptive.

I hope I have succeeded in giving a flavor of these two men without insulting any of their relatives!

In the midst of the German occupation during World War Two, Inger Bredahl joins the underground resistance and risks her life to save members of Denmark’s Jewish community and help them escape to Sweden.

Inger’s granddaughter, Cecilie Lund, is mourning her death when a mysterious discovery while cleaning out Inger’s flat leads past and present to intersect. As long-held secrets finally see the light of day, Cecilie learns the story of her grandmother’s courage and bravery, and of the power of friendship, love, and standing for what’s right…even when you have everything to lose.

An inspiring tale of the resilience of the human spirit and the power of community.

Author Bio – Originally from Denmark, I have lived in London for many years, surrounded by my family, cats, books and the Scandinavian hygge I try to create everywhere I go. As a linguist I love playing with words and language, and I am addicted to story-telling. I also believe strongly in social responsibility and sustainable living.