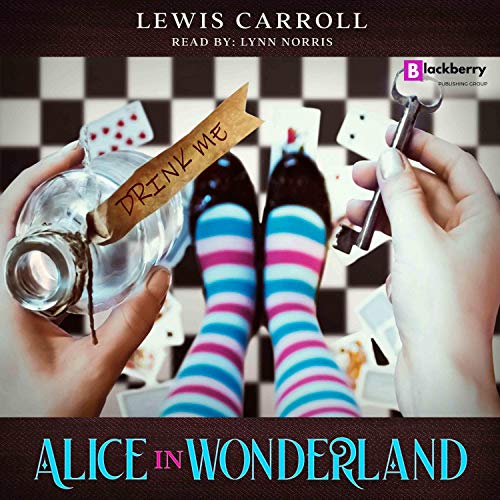 Alice’s Adventures in Wonderland (commonly shortened to Alice in Wonderland) is an 1865 novel by English author Lewis Carroll (the pseudonym of Charles Dodgson). It tells of a young girl named Alice, who falls through a rabbit hole into a subterranean fantasy world populated by peculiar, anthropomorphic creatures. It is considered to be one of the best examples of the literary nonsense genre. The tale plays with logic, giving the story lasting popularity with adults as well as with children.

Lynn gets it. She’s an audiobook fan as much as a narrator. And she cannot wait to be transported by a fabulous story and taken to another realm, or taught a series of fascinating new facts by a talented chronicler. Her own fandom has become a master class study and informed her narration and performance in the audiobook ring. Lynn doesn’t really have a favorite genre of narration, though she’s becoming a favorite for Romance and YA authors. She also loves Mystery/Thrillers and finds herself really connecting to Stephanie Plum-type heroines.Lynn’s lifetime of acting, improv and singing training lends itself smoothly to a hassle-free audiobook narration from someone who takes the time to be engrossed in the story, absorb the direction and deliver the desired performance on the first go. And her easy facility with accents and dialects infuses extra life into elaborate worlds of characters. A fair amount of her catalog of audiobooks are from authors who’ve come back for sequels and additional book series. A Voice Arts Awards-winning narrator, Lynn’s a 2021 Finalist for Independent Audiobook Awards in the Fantasy and Best Female Narrator Categories.

Narrator Lynn Norris’ Top 10 Reasons to be an audiobook listener

I received this audiobook as part of my participation in a blog tour with Audiobookworm Promotions. The tour is being sponsored by Blackberry Publishing Group. The gifting of this audiobook did not affect my opinion of it.