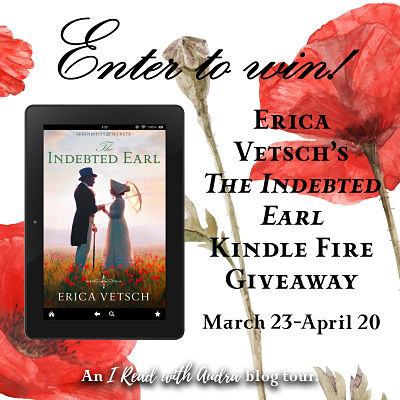 Can Captain Wyvern keep his new marriage of convenience all business–or will it turn into something more?

Captain Charles Wyvern owes a great debt to the man who saved his life–especially since Major Richardson lost his own life in the process. The best way to honor that hero’s dying wish is for Wyvern to escort the man’s grieving fiance and mother safely to a new cottage home by the sea. But along the way, he learns of another obligation that has fallen on his shoulders: his uncle has died and the captain is now the Earl of Rothwell.

When he and the ladies arrive at his new manor house in Devon, they discover an estate in need of a leader and a gaggle of girls, all wards of the former earl. War the new earl knows; young ladies and properties he does not. Still wishing to provide for the bereaved Lady Sophia Haverly, Charles proposes a marriage of convenience.

Sophie is surprised to find she isn’t opposed to the idea. It will help her care for her betrothed’s elderly mother, and she’s already fallen in love with the wayward girls on the Rothwell estate. This alliance is a chance to repay the captain who has done so much for her care, as well as divert her attention from her grief. When Wyvern returns to his sea commission, she’ll stay behind to oversee his property and wards.

It sounds so simple. Until the stalwart captain is arrested on suspicion of smuggling, and Sophie realizes how much he’s come to mean to her. Now she’ll have to learn to fight, not only for his freedom but also for his love.

Erica Vetsch is a New York Times best-selling and ACFW Carol Award–winning author. She is a transplanted Kansan now living in Minnesota with her husband, who she claims is both her total opposite and soul mate.

Vetsch loves Jesus, history, romance, and sports. When she’s not writing fiction, she’s planning her next trip to a history museum and cheering on her Kansas Jayhawks and New Zealand All Blacks.

A self-described history geek, she has been planning her first research trip to England.

“Our Good and Sovereign God Works in Mysterious Ways“

The delightful story begins overseas where Captain Charles Wyvern is recovering from his battle wounds. He has been recuperating beside his best friend Rich, who is not making a recovery and getting much weaker. Charles reads the love letters from Rich’s fiancé Lady Sophia, and also writes her back because Rich is too weak. He loves reading her letters and imagines her to be a lovely woman. He feels guilty for Rich’s wound and promises Rich that he will look after her when he returns to England.

Lady Sophia learns of Rich’s death and vows to stay with her mother-in-law, Mamie, at Primrose Cottage and take care of her, as her dementia progresses. Sophia’s wealthy family worries about her, but she is determined to stay there. Charles makes his way to see her and dreads the visit. When he arrives, he is filled with guilt and apologizes to her. The faith of Sophia and Charles is shown early on in the book as they each pray and seek God’s guidance in their lives.

Charles stays the night, based on his late arrival. The reader can see God’s plan begin to unfold when, the next morning rude relatives arrive to take over the estate, pushing out Sophia and her mother-in-law. The upheaval is traumatic, but Charles is there to lend physical and emotional aid to the ladies. They all retreat to the Haverly manor and are welcome to live there, but Sophia doesn’t want to be under her controlling mother’s plans to find her a husband. Mamie wants to visit the ocean-side for a while and Sophia requests permission from her mother to have Charles accompany the ladies as far as a seaside cottage. Her mother strongly objects until Charles is given the news that he is now an Earl.

One adventure after another occurs and they are all exciting and fun to read. There is plenty of humor in the book, especially when Charles finds that he is the ward of three young sisters. They are a handful and he has no experience with children. Although Charles and Sophia are developing feelings for one another, a marriage of convenience is decided upon. There is much more to discover, so I hope you’ll read and find out for yourself what will become of the little girls, the suspicious town-folk, and the marriage of Charles and Sophia. I love the book because of the wonderful combination of romance, faith, drama, and swash-buckling adventures! All the characters have their own charms and the story was great from beginning to end.

2 Replies to “The Indebted Earl”