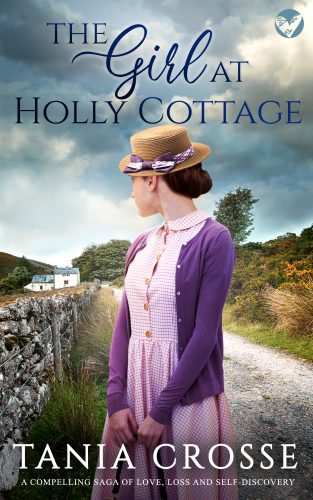 A compelling tale of secrets and betrayal, friendship and trust, and the legacy of war.

Plymouth, 1954. The future seems rosy for Plymouth schoolgirl, Anna Millington, as she studies to qualify for teacher training college.

But Anna’s life is not what it seems. Her family is hiding a cruel secret that resulted from the worst night of the Plymouth Blitz.

Now, the devastating consequences are about to erupt again, ending in tragedy.

Fearing for her own safety, Anna leaves her dreams behind and flees to nearby Dartmoor.

It isn’t long before Anna secures a position as a serving girl at Ashcroft Hall. The other staff are rude and make no effort to befriend her, but she finds solace in loving Sir Gilbert, Lady Ashcroft’s son, who calls her his ‘little smoky eyes’.

But it seems Anna isn’t the only one with secrets. Will she learn who she can really trust? And will she find the courage to seek out the happiness she truly deserves?

“Totally in love with this book! Highly recommend!” Sayury

“Crosse writes with passion . . . so well you can actually envisage yourself there.” Novelle Novels

“At first, I thought it was a standard love story. Then about halfway through it became so much more.” Mrs Gray

Tania Crosse was born in London, but at a young age, moved to Surrey where her love of the countryside took root. She wanted to be an author since childhood, but after obtaining a degree in French Literature, life took over. It wasn’t until her children were older that she began writing seriously. She has now had published nine historical novels set on her beloved Dartmoor, while The Street of Broken Dreams, the last of four Twentieth Century sagas set in London and the south east, won Best Saga in the 2020 awards of the Romantic Novelists’ Association.

This book, like The Dartmoor Girl, has so much sadness and tragedy. Many of the same characters appear in both books, but Dartmoor is what holds them together. The story centers around a teen named Anna, who lives during and after WWII. During the war, her father had a severe head injury which turned him into a Jekyll and Hide type. During a drunken fit of rage, he caused her mother to die. Anna keeps this secret from police, but then he is mean to her and she feels she must flee.

She takes a job as a servant and is seduced by the wealthy owner’s son. He is soon married to another wealthy family when she finds that she’s pregnant. He, of course, is violent and denies that the child is his. The story goes from one tragic scene to another. But, along the way, Anna finds kind and loving people who share life with her and bless her. She is faced with many serious times of crisis and her inner strength serves her well.

After the father of her child realizes that his wife can’t produce an heir, he decides that he will take away Anna’s son. He tries with a lawyer, to pressure his mother and wife to help him, and then takes an even more bold step to have the child for himself. Can he be stopped? Will Anna ever have real happiness?

There are many scenes of domestic violence, war stories, and a brief explicit sex scene. (PG13+)

4 Replies to “The Girl At Holly Cottage Book Tour”