The Dragon and the Girl True North Book Tour

By: chronicallycontent
In: Blog Tour, Children's Book, Giveaway
With: 4 Comments

THE LAST DRAGONS IN THE KINGDOM WERE KILLED A HALF CENTURY AGO.

At least that’s what twelve-year-old Eliana has grown up hearing. Imagine her surprise when one morning in the forest she finds herself eye to eye with a young dragon. When she learns the dragon’s father has been missing since the last full moon, she vows to help.

Together, they seek the King for guidance, but upon reaching the castle they realize the short, frazzled King has problems of his own. The kingdom’s treasure is missing and the tribute to the Overking is due in a few short weeks. If the King doesn’t pay, he will lose his kingdom to the Overking’s feckless nephew.

The dragon and the girl must discover courage—sprinkled with magic—to find what is lost before the kingdom falls into the wrong hands and people and dragons perish forever. 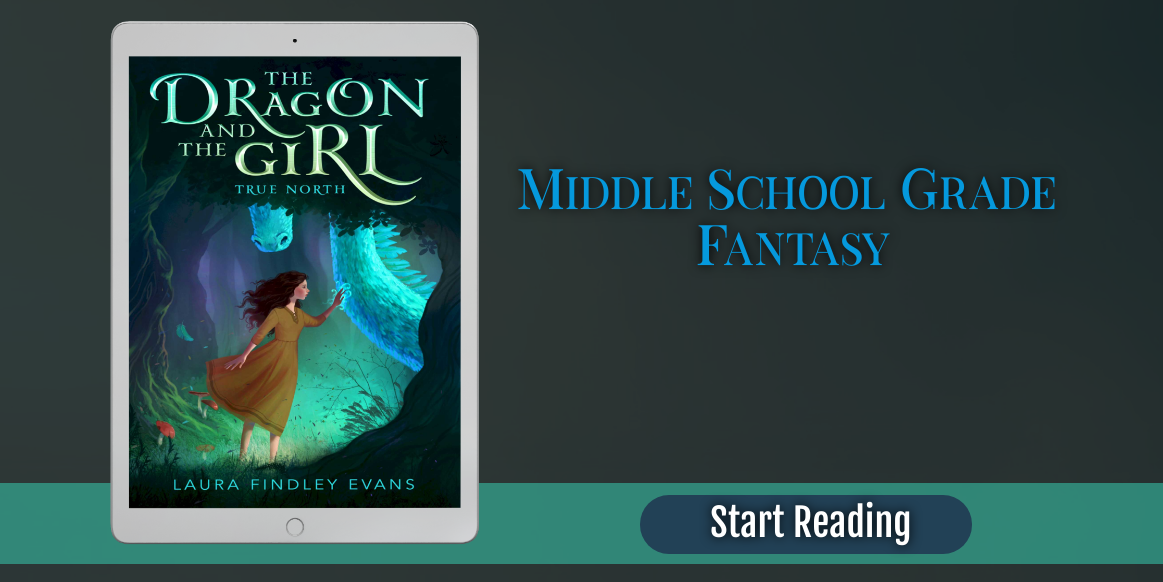 At six years old, Laura Findley Evans wrote her first story about a man named Brill who flew to the moon. When her teacher asked her to stand up and read it to the class, she learned just how powerful a story can be. A creative writing major in college, she has written many more short stories, some of which were published, and one that won an award. The Dragon and the Girl: Due North is her first novel. It began when her grandchildren said one night (when they were supposed to be sleeping), “Tell us a story.” And so she did. Laura would like you to know that whatever she writes must be true, whether it is real or not. She hopes you will discover the truth in this story. You can visit her online at www.LauraFindleyEvans.com.

If you love Book Tours, Book Reviews, and Giveaways, you’ll want to subscribe to the Lisa’s Reading Newsletter. The Sign-up form is on the sidebar.