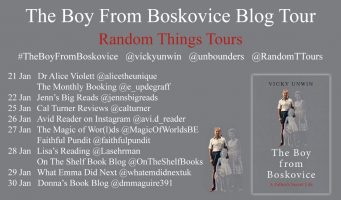 What makes a good man bad? Nature or nurture?

This is the extraordinary story of the author’s father, a Holocaust survivor who left a trail of pain and secrets in his wake. Vicky Unwin had always known her father – an erstwhile intelligence officer and respected
United Nations diplomat – was Czech, but it was not until a stranger turned up on her doorstep that she discovered he was also Jewish.

So began a quest to discover the truth about his past – one that perhaps would help answer the niggling doubts she had always had about her ‘perfect’ dad. Finally persuading him to allow her to open a closely-guarded cache of family books and papers, Vicky discovered the identity of her grandfather: the tormented author and diplomat Hermann Ungar, hugely
controversial both in life and in death, who was a protégé and possible lover of Thomas Mann, and a friend of Berthold Brecht and Stefan Zweig. How much of her father’s child was Vicky –and how much of his father’s child was he?

As Vicky worked to uncover deeply-buried family secrets, she would find herself slowly unpicking the lingering power of ‘survivor guilt’ on the generations that followed the Holocaust, and would learn, via a deathbed confession, of the existence of a previously unknown sister.
Together, the sisters attempt to come to terms with what had made their father into the deeply flawed, complex, yet charismatic man he had always been, journeying together through grief and heartache towards forgiveness.

Vicky Unwin has had a long career in both book and newspaper publishing,
centered round her African roots, and is currently the chair of Wasafiri
Magazine and a Caine Prize Council member. Her first book, Love and War
in the WRNS, a collection of her mother’s letters home during the Second
World War, was published by History Press in June 2015. She has always
been fascinated by family secrets and began researching the story behind
The Boy from Boskovice shortly before her father’s death in 2012. Vicky
writes extensively about living with cancer at healthylivingwithcancer.co,
and is a Trustee of Transform Drug Policy Foundation campaigning for the
decriminalization of drugs after losing her daughter to a ketamine overdose in 2011.