By: chronicallycontent
In: Uncategorized
With: 0 Comments

Never Fall for Your Fiancée

The trouble with lies is they have a tendency to catch a man out.

The last thing Hugh Standish, Earl of Fareham, wants is a wife.

impending nuptials, Hugh takes the most logical action: he invents a fake fiancée.

It’s the perfect plan – until Hugh learns that his mother is on a ship bound for England to meet his ‘beloved’. He needs a solution fast, and when he collides with a mysterious beauty, he might just have found the answer to his prayers.

Minerva Merriwell is desperate for money to support her sisters, and although she knows that posing as the Earl’s fiancée might seem nonsensical, it’s just too good an offer to refuse.

As the Merriwells descend upon Hugh’s estate, the household is thrown into turmoil as everyone tries to keep their tangled stories straight. And with Hugh and Minerva’s romantic ruse turning into the real thing, is true love just one complication too many?

Author Bio – When Virginia Heath was a little girl it took her ages to fall asleep, so she made up stories in her head to help pass the time while she was staring at the ceiling. As she got older, the stories became more complicated, sometimes taking weeks to get to the happy ending. Then one day, she decided to embrace the insomnia and start writing them down. Twenty-two books and two Romantic Novel of the Year Award nominations later, and it still takes her forever to fall asleep.

*Terms and Conditions –Worldwide entries welcome.  Please enter using the Rafflecopter box below.  The winner will be selected at random via Rafflecopter from all valid entries and will be notified by Twitter and/or email. If no response is received within 7 days then Rachel’s Random Resources reserves the right to select an alternative winner. Open to all entrants aged 18 or over.  Any personal data given as part of the competition entry is used for this purpose only and will not be shared with third parties, with the exception of the winners’ information. This will passed to the giveaway organiser and used only for fulfilment of the prize, after which time Rachel’s Random Resources will delete the data.  I am not responsible for despatch or delivery of the prize.

Never Fall for Your Fiancée Extract

Hugh Standish, the Earl of Fareham, has told a lie which is out of control and un the cusp of unravelling—he told his matchmaking mother he had fiancée to stop her meddling in his love life. With his mother due to arrive in England from America any day, he has hired the down-on-her-luck Minerva Merriwell to pretend to be that fiancée for two weeks. She and her two younger sisters have just arrived at his stately home in Hampshire…

Once they were all seated, the heavy veil of awkwardness descended on the proceedings. Small talk felt inappropriate. However, so did bluntly tackling the topic of the planned deception. Exactly how did one converse with one’s fake fiancée and her family upon their first meeting? There was so much to do and potentially so little time to do it. He wanted to get started straight away. Just in case.

“How was your journey?”

“Very pleasant my lord. Your carriage was very comfortable.”

“Splendid.” Hugh’s eyes took in the sisters’ tatty frocks and well-worn boots. “Excellent news.” There was another awkward conversation which would need to be had. Anticipating their wardrobes would not be up to scratch, he had already engaged a team of seamstresses who would arrive tomorrow to measure them all for acceptable new clothes and produce them with haste. And new clothes weren’t the only things Miss Merriwell and her sisters would need. He had done a great deal of planning in the last two days. He’d made lists, issued countless instructions and even prepared notes on everything his temporary fiancée would need to know. Seeing as he had anticipated all that, why the blazes hadn’t he worked on a few tactful sentences to broach difficult subjects? Or pre-empted his odd and overwhelming reaction to Minerva? “And the inn you stayed in last night… Was it to your satisfaction?”

“It was lovely my lord.” Minerva forced a smile. “And very comfortable too.”

“Excellent.” He wracked his brains for something more erudite. Anything…

Depressingly there was nothing else. The ormalu clock on the mantle ticked more loudly than it ever had before. “Excellent.” That was apparently the full extent of his vocabulary today. His toes began to curl inside his boots, so he looked at Giles in the hope he might take pity on him. But his friend stared back with deliberate blandness, his eyes dancing with amusement.

“Is this your first visit to Hampshire?”

“Indeed it is my lord. The scenery was very lovely from the carriage window.”

Well that was another inane question answered as fully as could be expected. Hugh wanted to die. Miss Merriwell didn’t appear any more comfortable, but bless her, she was trying. Her outspoken sister was glaring, the shy one staring at her lap as if her life depended on it and Giles was barely holding in a laugh. When Hugh heard the rattle of teacups in the distance he almost cheered out loud. “The refreshments are coming! Excellent.” He was coming to loathe that bloody word. He resisted the urge to greet his butler like the prodigal son. “Step lively Payne. The ladies must be starving.”

His butler rolled his eyes and set about organising the distribution of the delicately cut finger sandwiches with a pair of tongs while they all watched the maid pour the tea with much more scrutiny than the task warranted. They then unanimously focussed on nibbling on them the second the servants left them alone. Only Minerva resisted tucking in, preferring to stare at her plate mournfully.

“Egg sandwiches,” drawled Giles eyeing one with relish before winking at Diana. “How very fitting. Do you suppose the kitchen kept the eggshells? Because if they did, perhaps you can call Payne back and have him scatter them liberally over the carpet so we can all walk on them?”

“Might I speak plainly Lord Fareham?” Minerva had steeled her shoulders.

“Hallelujah!” Giles again. “I wish you would. Somebody needs to.”

She ignored him to stare intently at Hugh, those stunning green eyes swirling with an emotion which he couldn’t fathom but managed to make him distinctly uneasy nevertheless.

“It occurs to me we are all embarrassed at the Great Unsaid, therefore, I shall be the one to say it so we can all breathe again.” She steeled her shoulders and seemed to stare directly into his soul. “You are currently mortified to have been silly enough to get yourself into such a predicament you had to resort hiring me— a complete stranger— to pose as your fiancée. And I am mortified I am in such dire need of money that I agreed to it.” She exhaled loudly and relaxed her shoulders and threw out her hands. “There! It’s done. Now we have acknowledged the awkwardness, I’m sure we’ll all feel much better about it.” Although she didn’t look better, she looked agitated.

*Terms and Conditions –Worldwide entries welcome.  Please enter using the Rafflecopter box below.  The winner will be selected at random via Rafflecopter from all valid entries and will be notified by Twitter and/or email. If no response is received within 7 days then Rachel’s Random Resources reserves the right to select an alternative winner. Open to all entrants aged 18 or over.  Any personal data given as part of the competition entry is used for this purpose only and will not be shared with third parties, with the exception of the winners’ information. This will passed to the giveaway organizer and used only for fulfilment of the prize, after which time Rachel’s Random Resources will delete the data.  I am not responsible for dispatch or delivery of the prize.

If you love Book Tours, Book Reviews, and Giveaways, you’ll want to subscribe to the Lisa’s Reading Newsletter. Sign-up form is on the right sidebar. 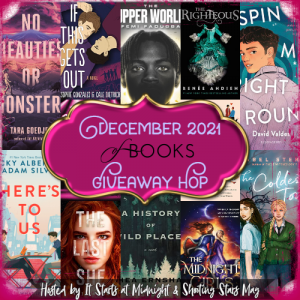 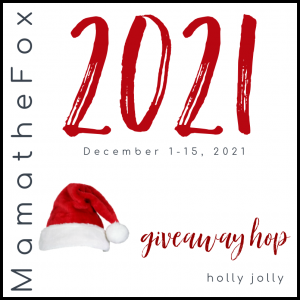 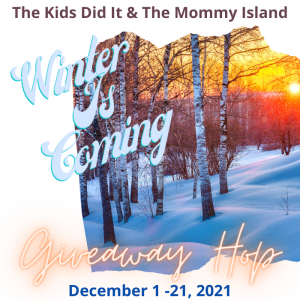 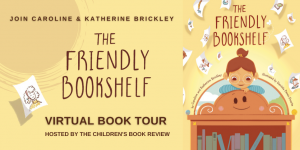