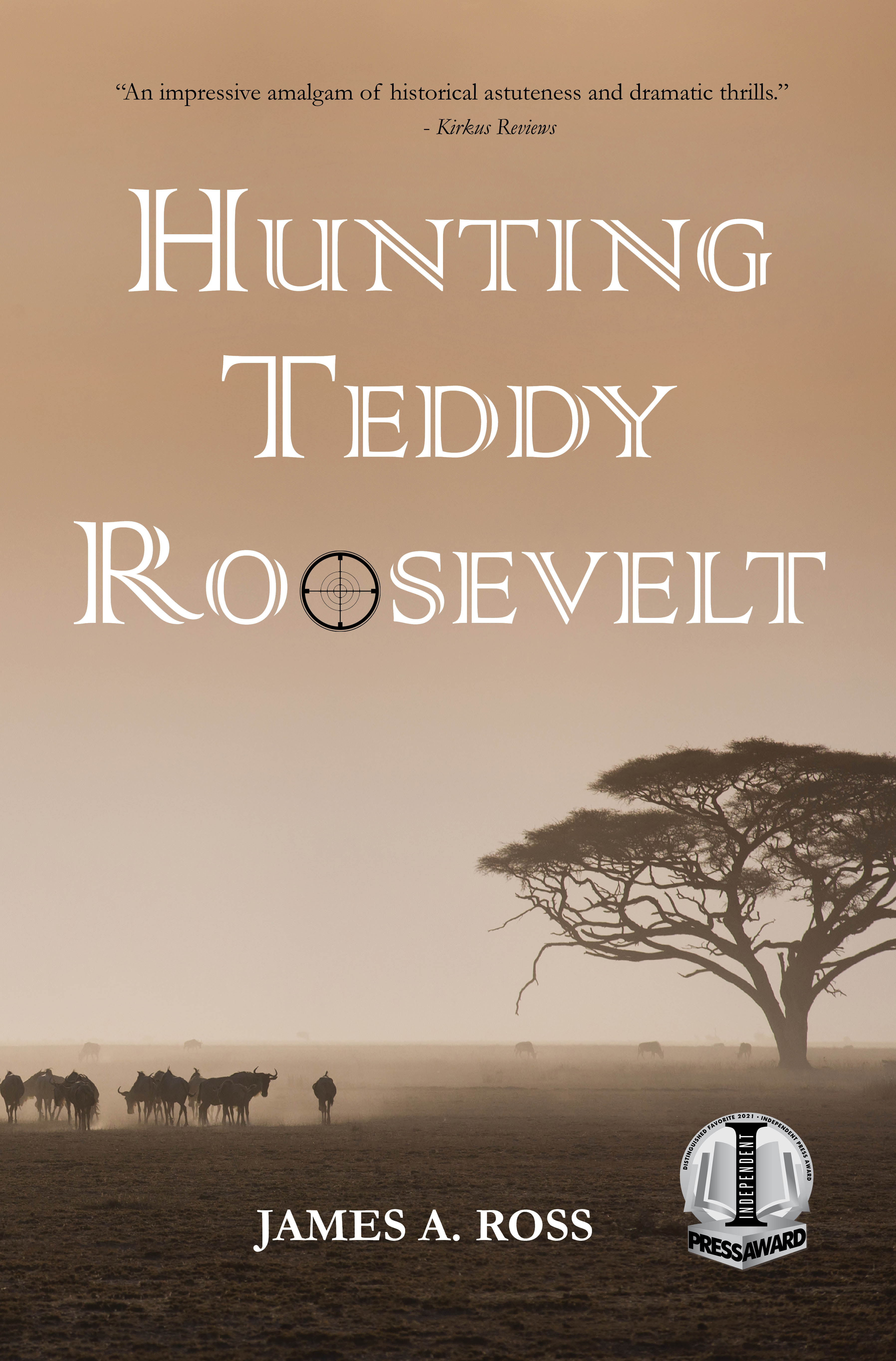 It’s 1909, and Teddy Roosevelt is not only hunting in Africa, he’s being hunted. The safari is a time of discovery, both personal and political. In Africa, Roosevelt encounters Sudanese slave traders, Belgian colonial atrocities, and German preparations for war. He reconnects with a childhood sweetheart, Maggie, now a globe-trotting newspaper reporter sent by William Randolph Hearst to chronicle safari adventures and uncover the former president’s future political plans. But James Pierpont Morgan, the most powerful private citizen of his era, wants Roosevelt out of politics permanently. Afraid that the trust-busting president’s return to power will be disastrous for American business, he plants a killer on the safari staff to arrange a fatal accident. Roosevelt narrowly escapes the killer’s traps while leading two hundred and sixty-four men on foot through the savannas, jungles, and semi-deserts of Kenya, Tanzania, Uganda, Congo, and Sudan.

James A. Ross has at various times been a Peace Corps Volunteer, a CBS News Producer in the Congo, a Congressional Staffer and a Wall Street Lawyer. His short fiction has appeared in numerous literary publications and his short story, Aux Secours, was nominated for a Pushcart prize. His debut historical novel, HUNTING TEDDY ROOSEVELT won the Independent Press Distinguished Favorite Award for historical fiction, and was shortlisted for the Goethe Historical Fiction Award. His debut mystery/thriller, COLDWATER REVENGE, launched in April 2021 and is available wherever books are sold. Ross’s on-line stories and live performances can be found at: https://jamesrossauthor.com.