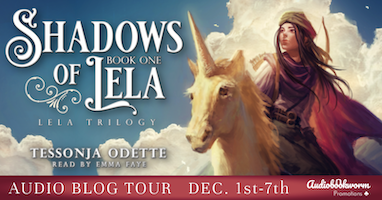 By: chronicallycontent
In: Blog Tour, YA Book
With: 2 Comments

A forgotten princess. A deadly quest. A threat that hides in shadow…. Sixteen-year-old Cora is a princess with a dark past. Exile has kept her safe. But when she rescues a dying unicorn from a mysterious band of hunters, her identity – and her life – are in danger. Prince Teryn has the perfect plan – win the quest, marry his betrothed, and become king. But his mission goes awry when he faces a feisty young woman in the woods. Although they meet as foes, she shares a secret that bonds them. Teryn and Cora’s fates are entwined in a plot far deadlier than they ever imagined. Can they face the threat together? Or will a terrifying enemy destroy the land they love? Shadows of Lela is book one in the Lela Trilogy. If you like swoon-worthy romance, adventurous quests, breathtaking magic, and surprising twists, then you’ll love Tessonja Odette’s epic fantasy tale.

Tessonja Odette is a fantasy author living in Seattle with her family, her pets, and ample amounts of chocolate. When she isn’t writing, she’s watching cat videos, petting dogs, having dance parties in the kitchen with her daughter, or pursuing her many creative hobbies.

Emma Faye is an actor and audiobook narrator with 20+ years of experience on stage, screen and voice over. Being an LA trained actor, Emma is great at bringing characters to life, very versatile with voices, and draws the listener into the story. She loves doing audiobooks and specializes in Clean/Sweet/Christian books. She is a proud cat mom to 4 fur babies and runs a local community theatre.

I received this audiobook as part of my participation in a blog tour with Audiobookworm Promotions. The tour is being sponsored by Emma Faye. The gifting of this audiobook did not affect my opinion of it. 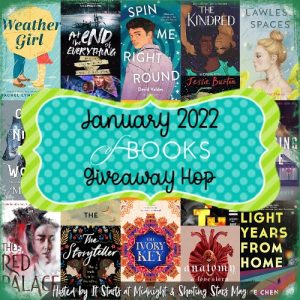 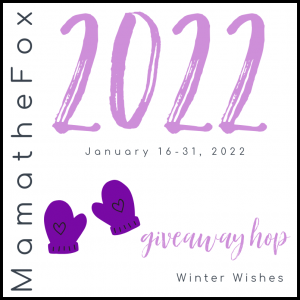