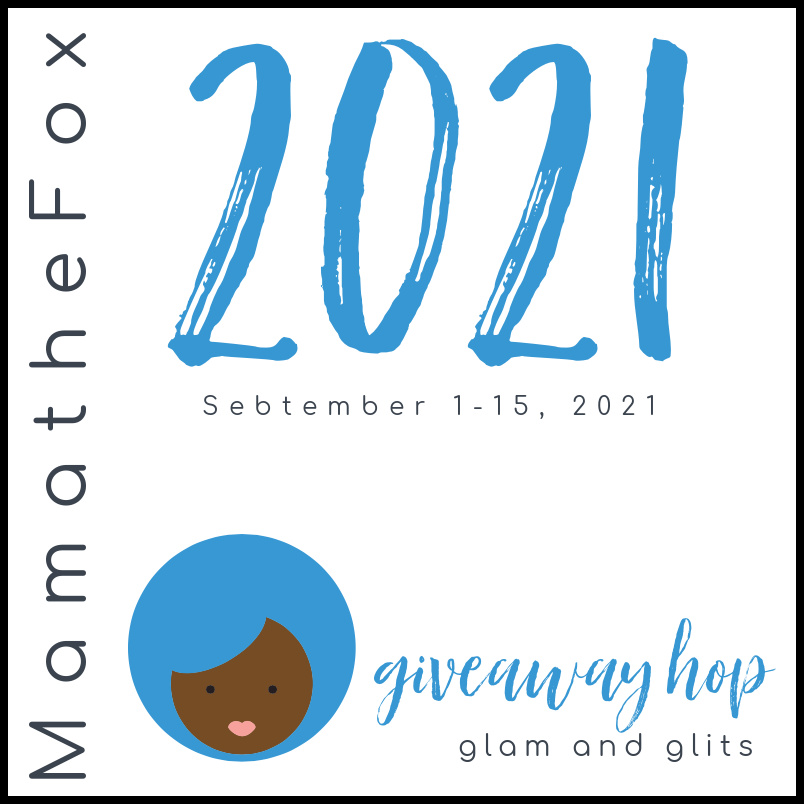 Giveaway Hosted by Mama The Fox!

Welcome to the Glam & Glitz Giveaway Hop & $10 Amazon Gift Card Giveaway. I’m so excited to bring you this new Giveaway Hop in September! All of the blogs in our giveaway hop have worked hard to bring this to you. I hope that you’ll enter one and all of the great giveaways provided.

Now that it’s September, we all know that schools are back in session. Routines are being established and lots of exciting new after-school activities have begun. Now that you’re extra busy, I’m so grateful that you’ve stopped by to visit Lisa’s Reading.

I’m thrilled to give away a $10 Amazon Gift Card. The winner will be able to purchase their own book or anything else that they would like. I hope that you’ll be as excited as I am to enter this giveaway.

Giveaway Rules: Entrants must be 18 years or older. Giveaway is open to entrants in US and CAN. No social media is in any way responsible for this giveaway. Winner will be notified by email within 48 hours of giveaway’s end. Winner will have 48 hours to reply and claim the prize. If they fail to do so, a new winner will be chosen.

MamatheFox and all participating blogs are not held responsible for sponsors who fail to fulfill their prize obligations.

This giveaway is open to all who subscribe to the Lisa’s Reading Newsletter. This is open to current and new subscribers. Enter the easy giveaway entry form below! Good Luck!

The Knight’s Maiden in Disguise

To save a knight!

Disguising herself as her late twin brother keeps Avva Carpenter, and her family, safe. Until Sir William Devereux arrives in her town. As the castle’s stable master, Avva can’t avoid the knight—or the desire he instantly stirs in her. He’s everything she never knew a nobleman could be: honest, kind, brave. When danger surrounds them, the only way to help William is to reveal her true identity, but can she trust him enough?

Author Bio – Ella Matthews lives and works in beautiful South Wales. When not thinking about handsome heroes she can be found walking along the coast with her husband and their two children (probably still thinking about heroes but at least pretending to be interested in everyone else).

In the following scene my hero, William, meets the heroine for the first time. He’s immediately attracted to her but is also thoroughly confused. Is Ave a woman or a man?

“In the far corner, William could just make out the shadow of a stable lad mucking out one of the stalls.

The lad froze, his arms outstretched, a sweeping brush clutched tightly in his hands.

William paused for a beat and then cleared his throat when it was obvious the lad wasn’t going to move. ‘I’m sorry, I didn’t mean to startle you. I’m visiting Baron Caerden and Eirwen needs a rub down.’

The lad slowly leaned his brush against the wall and turned. It was impossible to make out any features in the darkness, but from the man’s slender figure William guessed he was a young adult, maybe nineteen or twenty. He heard a gentle inhale of breath and then, ‘Of course, sir. Your mount will be safe with me, sir.’

The youth’s voice was soft and gentle, a good cadence for difficult horses. William waited for him to step forward to take Eirwen’s reins, but the lad stayed back, keeping to the shadows.

William shrugged. He had other things to worry about than the stable master’s strange behaviour. It was fitting with the other inhabitants of this strange place. As long as the lad did his job, William would be happy. ‘I’ll be staying for a few days.’

There was no response to this. The lad appeared to be rooted to the spot, unable to move towards William and his horse. The lad might be a bit strange, but the stables were in such a good condition and the horses remaining looked healthy—at least Eirwen would be in competent hands. Some people were better at dealing with animals than humans and, if the state of the other castle dwellers was anything to go by, this young man wasn’t anything unusual anyway.

William nodded and ran his hand down Eirwen’s neck, patting him briefly before turning to leave.

The full force of the sun’s glare hit him in the face as he stepped back into the courtyard. It was going to be a warm day. He tugged at the clasp of his cloak. He’d worn it against the chill of the spring morning, but it was quickly becoming suffocating. He pulled it off and glanced down. He wore his armour strapped to his body and the metal glinted in the sunlight. He debated removing some of it, but decided it wouldn’t hurt for him to keep his weapons with him. If his instincts about this place were correct, then it was possible he would need them at some point—besides, it never seemed to hurt for people to see the complexity of the weapons strapped to him. It made them take him seriously.

He turned, intending to store his cloak in the saddlebag he’d left strapped to Eirwen. But one step into the stables had him staggering to a stop.

The man had stepped away from his position by the wall and was standing in a patch of sunlight thrown by the open door. He was gazing up towards Eirwen. Dark hair curled softly at the base of a long and slender neck. For a moment the world tilted, as William beheld the illusion of the most beautiful woman he had ever seen. His heart began to pound in a painful rhythm. He must have made some sort of sound because the young man turned towards him. Blue eyes, the shade of a summer’s sky, met William’s. The breath left William’s lungs so quickly he reached over and grabbed a pillar, the rough wood biting into his hand, tethering him to the ground.

The lad’s eyes flashed with an emotion William couldn’t read, his lips parting softly. William was overwhelmed with the urge to cross the space between them and crush the soft mouth beneath his own.

William’s grip on his cloak tightened as his body hardened.

‘Who are you?’ William swallowed. His voice sounded strange, strangled almost.

‘I…’ The young man cleared his throat and straightened. ‘I’m Aven Carpenter, sir. Most people call me Ave.’

Aven, a man’s name. Of course this wasn’t a woman standing before him. Women didn’t work in stables, especially beautiful ones. They’d be snapped up into marriage as soon as a hint of their beauty emerged.

He stepped backwards, swallowing hard. He’d heard of men being attracted to other men, but it had never happened to him before. He’d never had such a strong, instant attraction to a woman either. His liaisons were full of laughter, an afternoon’s pleasure at most. There had never been this raging fire burning through him. It took all his years of disciplined training not to step back into the stables and pull Aven’s body flush against his, to bury his fingers in Aven’s soft hair and taste those soft lips.

He shook his head. He was a logical man—almost to a fault, some of his friends would say. William was never distracted and he certainly could not afford to be right now. He needed to remember just how much depended on his actions over the next few days.

He inhaled deeply, regaining control over his body. He nodded pointlessly at Aven, almost tripping over his feet as he forced himself away from the stable door. Never had he experienced desire like this, so completely overwhelming that he could almost forget everything for the touch of skin against skin.

Aven was gazing at him, a look of puzzlement in his eyes. Heat flooded William’s face. He was acting the fool. This mission was already meddling with his sanity and he was only a few days in.

Without another word he turned on his heel, still clutching his cloak, and strode back into the sunlight.” 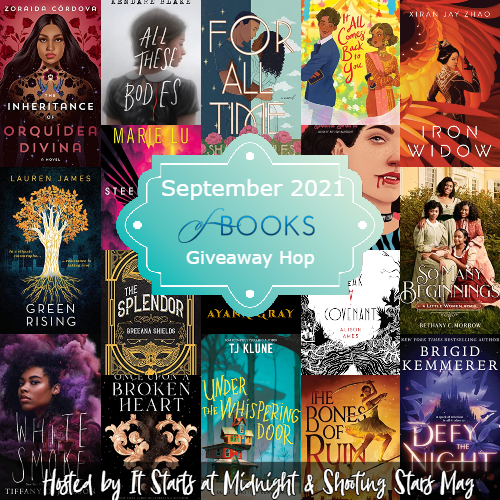 Being a Book Blogger has become my new favorite thing to do. I love reading so many new books and sharing reviews and tours with you. I’m thrilled to offer a $15 Amazon Gift Card Giveaway in the September of Books Giveaway Hop!

To make the Giveaway open World Wide, I’m also able to offer a $15 Book from Book Depository. This means if Book Depository ships to your international address, you could win a book worth up to $15 US dollars.

Entrants must be 18 years of age and up. Amazon GC Giveaway is open to US/CAN only. Good Luck to everyone!!!

Enter all the other amazing giveaways by clicking on each link. You’ll be taken directly to each blog who is offering their own super giveaway! Good Luck!

You are invited to the Inlinkz link party!